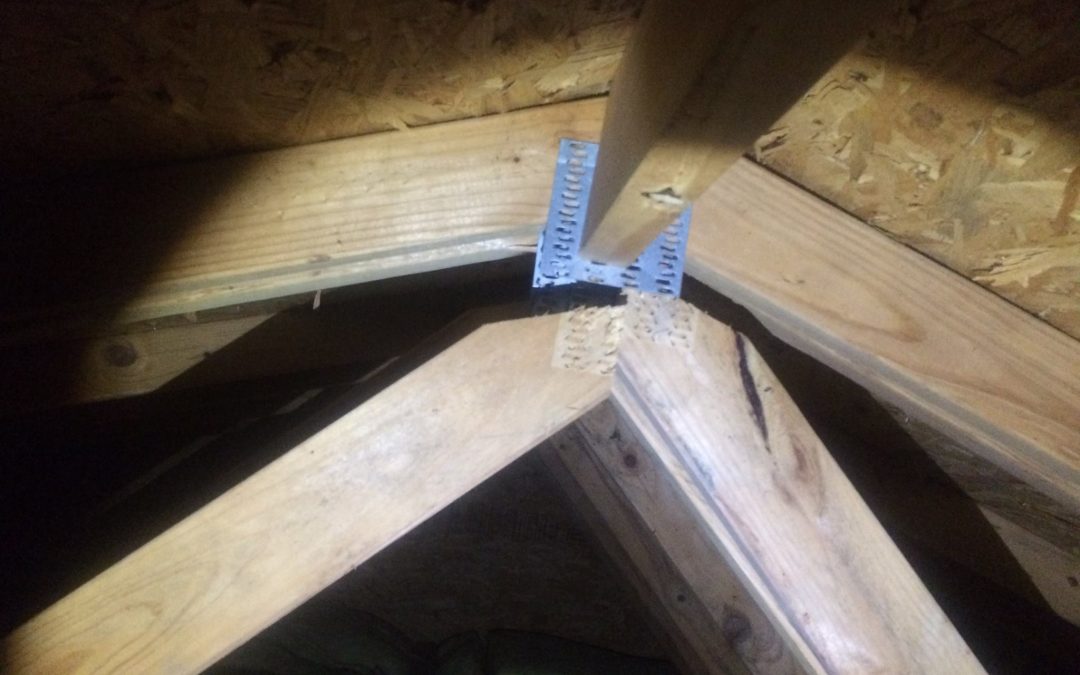 When adding on to a property, it most often includes removing an exterior wall to open up a space. 100% of the time the exterior wall of a home is load bearing. Problems can occur if the remodeling contractor does not put in a appropriate beam or truss in the attic to hold both the weight of the original roof and the weight of the new roof.

In the example below, the remodeling contractor opened/extended the living room of the property. Ten years later, the place where the old ceiling and the new ceiling join together failed. This caused the original ceiling to separate and sink into the living room three and a half inches. This is not only unsightly but also unsafe. Gone unaddressed, the ceiling and roof would have eventually “caved in” due to the massive amount of weight resting on a failed truss system.

The solution was far from simple. Yet is was necessary for safety and to maintain the value of the home.

First, WhiteTree Company used floor jacks to carefully lift the ceiling back into its original position. Second, a temporary wall was constructed with 2x4s and 2×6 to support the weight of the roof and ceiling. Then our carpenters rebuilt the failed truss using 3 1/2 inch deck screws, heavy duty construction adhesive and 3/4 inch structural plywood. With the jacks holding the weight, we “sandwiched” the truss’s together making a truss far stronger than the original.

After waiting 48 hours for the construction adhesive to set up we then gently let the weight back down on the load bearing truss. We then brought in drywall contractors to complete the repair.

Add-ons aren’t simple. And when done properly, an add-on can increase the value of ones home with the extra square footage. Hiring reputable contractors who can appropriately engineer wide open spaces is a must. 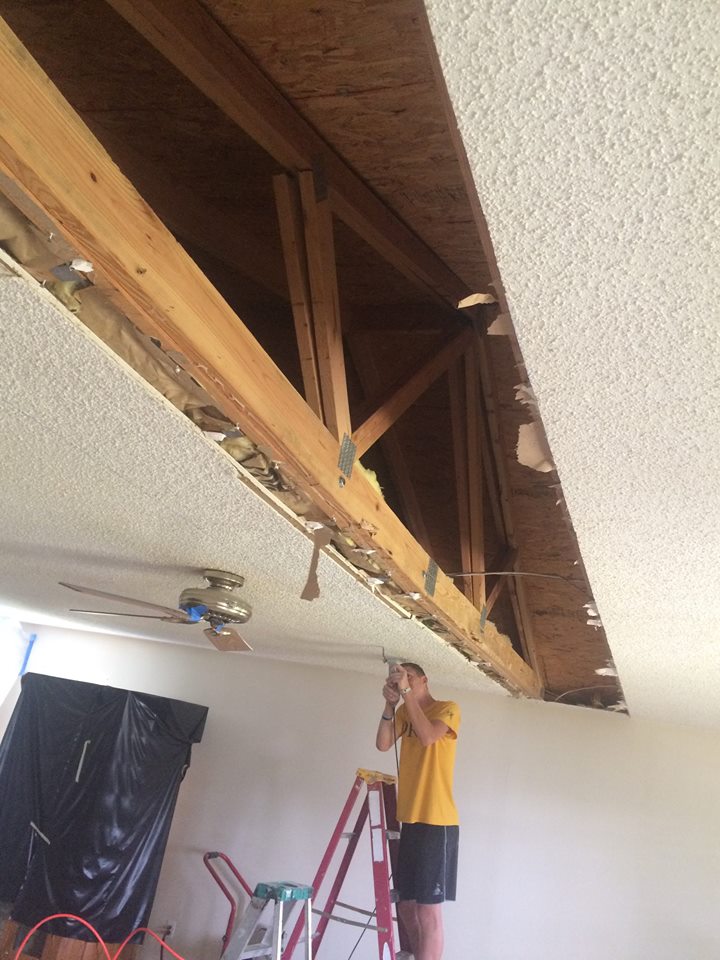 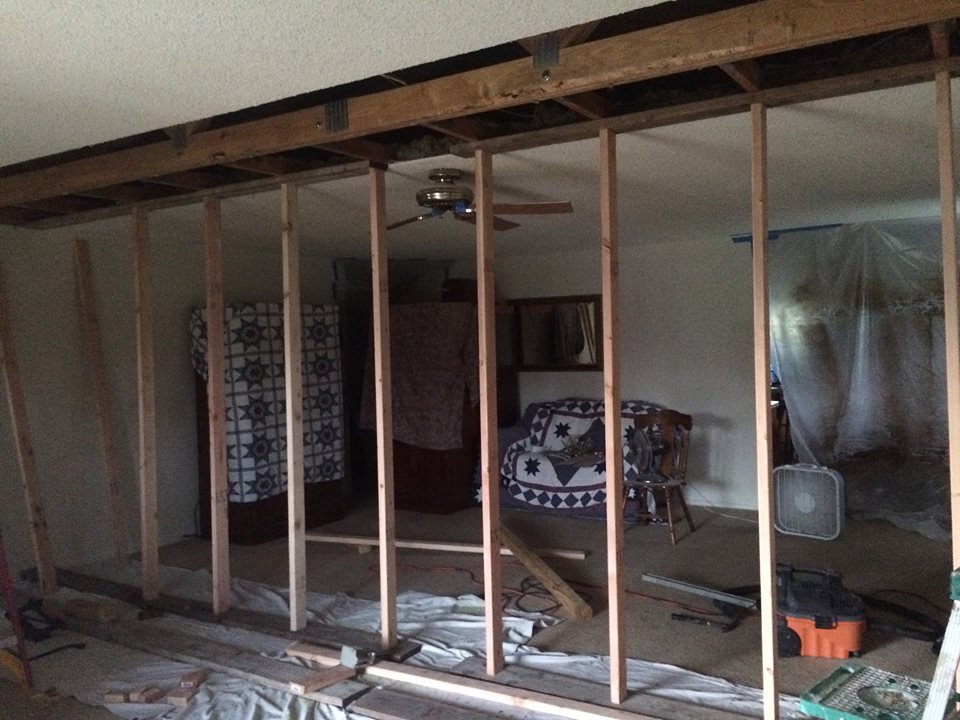 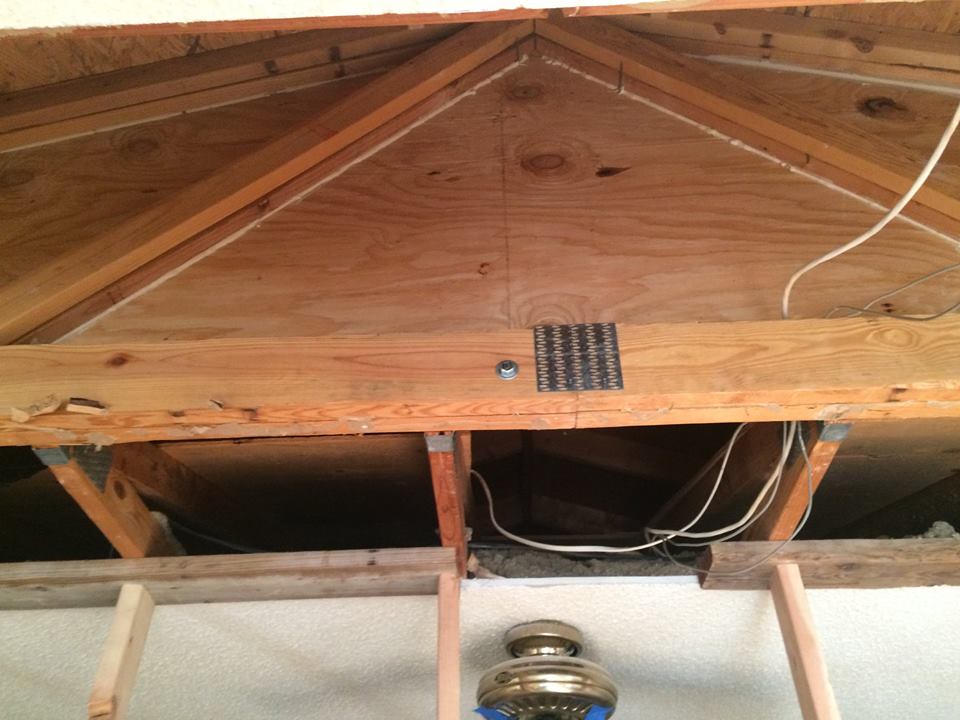 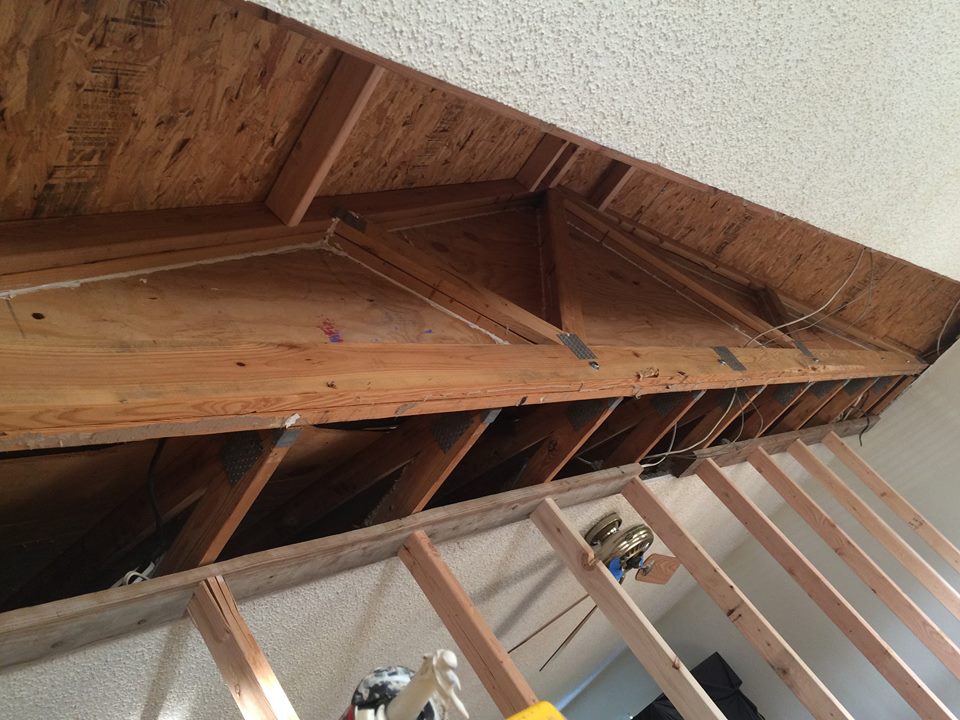 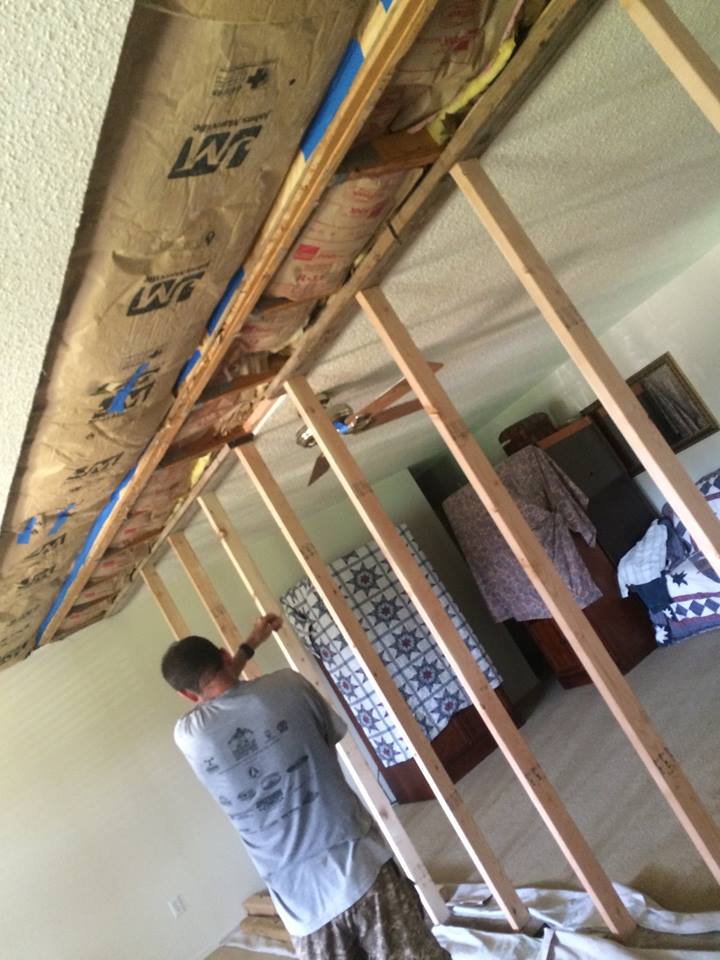 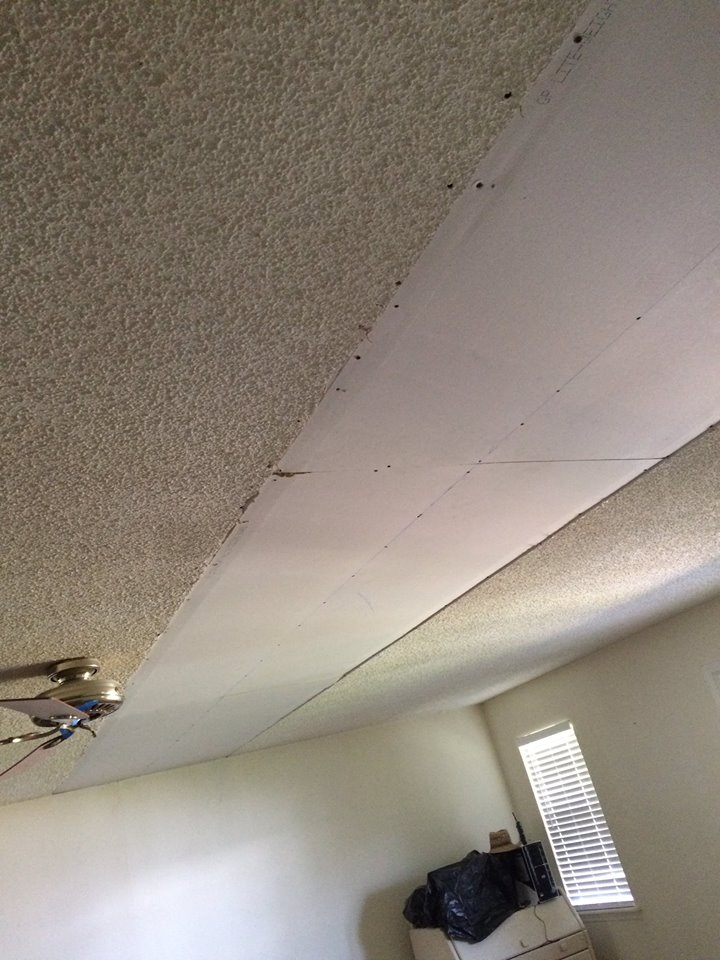